Six Elephants Killed In One Day By Poachers in Ethiopia Poachers have killed at least six elephants in a single day in Ethiopia, wildlife officials said on Tuesday, the largest such slaughter in memory in the east African nation.

The elephants died last week, when they ventured out of the Mago National Park in the far south of Ethiopia to drink water, Ganabul Bulmi, the park’s chief warden, told reporters.

“The poachers then removed all the tusks from the elephants. It was a mass killing. We haven’t seen anything like this before,” he said.

Two other elephants might have been killed the same day, and an investigation continues.

“It also has proved difficult to apprehend the perpetrators because the locals who live in the area are armed and were not willing to engage officials,” Ganabul said.

According to wildlife officials, Ethiopia had more than 10,000 elephants in the 1970s but poaching and habitat degradation have reduced the number to about 2,500 to 3,000 in recent years.

Daniel Pawlos, director for trafficking and control at the Wildlife Conservation Authority, a government entity, said it was not thought that there was organised poaching in Ethiopia.

“Last year we documented up to 10 elephant killings,” he said. “But whenever there’s demand, that triggers illegal poaching. What makes the latest poaching [incident] different is the high number of elephants killed within a day.”

Officials suspect that most elephant tusks and finished products are slipped out of the country to China and south-east Asian countries. In 2015, Ethiopian officials burned 6.1 tonnes of illegal elephant tusks, ivory trinkets, carvings and various forms of jewellery to discourage poaching and the ivory trade.

Across Africa, the Covid-19 pandemic has provided opportunities for poachers, with security forces diverted to other tasks. Combined with the absence of visitors, this has left many reserves vulnerable.

The elephant population in Ethiopia has been threatened for some time due to “heightened and unavoidable human-elephant conflict”, Greta Iori, Ethiopia technical adviser for the Wildlife Conservation Society, told the Guardian last year.

A population of about 500 at the Babile Elephant Sanctuary, one of the country’s most important elephant ranges, could be decimated “in a blink of an eye” through poaching, with park staff struggling to secure the sanctuary, she said.

Nationwide, conservation efforts have been stymied in recent years by civil unrest and the political transition following the appointment of Abiy Ahmed as prime minister in 2018.

Around 400,000 elephants are estimated to live across Africa, but are under pressure everywhere. Government responses to the problem have varied.

In Botswana, where about 130,000 elephants live, hunting licences are being sold again after a five-year ban was lifted in 2019.

Botswanan officials say hunting is necessary to ease conflict between animals and humans, especially farmers, whose crops and infrastructure have been destroyed by elephants roaming outside their feeding zones.

Environmentalists are divided on the best means to manage the conflict, with some fearing licensed hunting could fuel demand and thus encourage even more illegal poaching.

Drought has also been a problem. In September and October more than 200 elephants died due to a lack of water at Zimbabwe’s main conservation zones in Mana Pools and Hwange National Park. 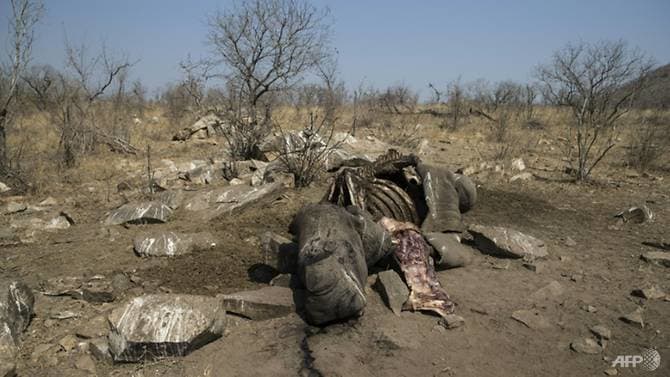