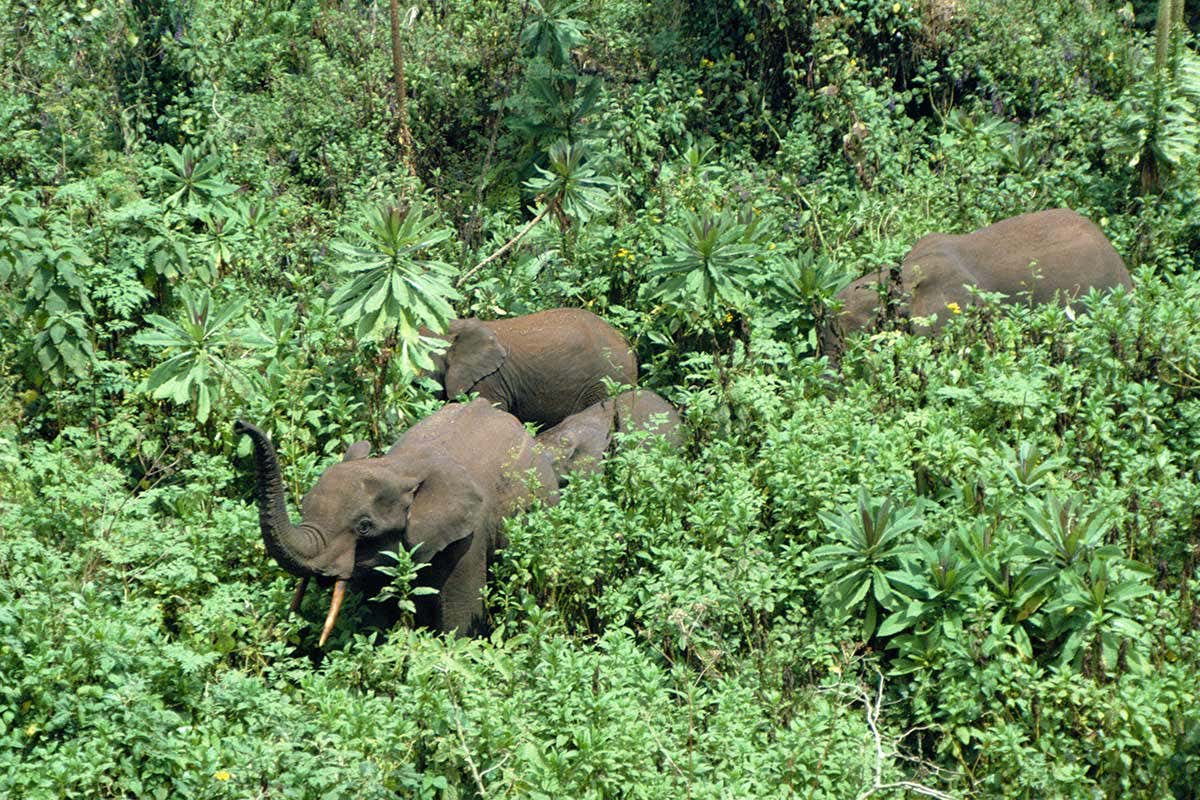 Elephants do a lot of damage to plants as they stomp around the jungle, but, counterintuitively, by this activity elephants help the forest. The biomass of the forest will store more carbon.

If elephants were to go extinct, the amount of carbon stored in central African rainforests could ultimately fall by 7 per cent, according to a new analysis.

There are thought to have been around a million elephants in these forests in the early 19th century, but there are now only about 100,000.

These animals graze and trample on trees smaller than 30 centimetres in diameter – plants that are subject to a lot of competition for light, water and space.

Fabio Berzaghi at the Laboratory of Climate and Environmental Sciences in Gif-sur-Yvette, France, and his colleagues wondered if elephants’ destructive habits might allow surviving trees to grow larger by eliminating their competition.

They built a mathematical model of plant diversity and simulated the impact of elephants by increasing the mortality of smaller plants.

The model showed that elephants reduce the density of stems in the forest, but increase the average tree diameter and the total biomass.

Overall, they favour slow-growing trees that live longer and store more carbon in their trunks. “If elephants promote these kinds of trees, in the long run you will store more atmospheric carbon in trees,” says Berzaghi.

The model results fit with data from sites in the Congo basin where elephants live and comparable areas that are undisturbed by elephants.

These effects may also account for the differences between African and Amazonian rainforest.

In the Amazon, where there are no large herbivores, the number of trees per hectare is higher, but they tend to be smaller and hold less biomass in total. “We think that large herbivores have contributed to these differences,” says Berzaghi.

Because these large trees are so long-lived, the sharp decline of the elephant population over the past two centuries will take a long time to remodel the forest.

However, the study estimates that, in due course, the loss of elephants will reduce the biomass of African forests by about 3 gigatonnes of carbon. That’s equivalent to 14 years’ worth of carbon emissions from the UK.

“Globally, this is a contribution to the problem, but since it’s a complex problem and this is a completely free service, I think it’s quite important,” says Berzaghi.

Elephants help forests and have other helpful roles in these ecosystems, he adds, such as distributing seeds and nutrients that help forests to grow faster.