As the Amazon rainforest burns, resources are rejected and blame continues to shift. Brazil President Jair Bolsonaro said he would reconsider accepting aid Tuesday afternoon if he received an apology from French President Emmanuel Macron as a feud heightens between the two leaders.

The aid would come from seven of the world’s largest “advanced economies” who collectively pledged $20 million to help combat fires in the Amazon. The president said the creation of an international alliance to save the Amazon was an attack on Brazil’s sovereignty.

One would think that any and all help would be welcome yet that doesn’t seem to be the case.

The Group of Seven is an international economic organization comprised of France, Canada, Germany, Italy, Japan, the United Kingdom and the United States.

During their annual meeting, also known as the G-7 Summit, earlier this week French President Emmauel Macron announced the seven nations would pledge money to help fight the fires in Brazil.

Actor Leonardo DiCaprio also pledged $5 million to help the cause via his foundation, Earth Alliance, which continues to fundraise for the fires.

For what it’s worth, nearly $2 billion was raised for the rebuilding of the Notre Dame Cathedral in 48 hours after it was devastated by a fire earlier this year.

In addition to the $20 million from the G-7, the United Kingdom is providing $12.2 million and Canada’s government is giving an extra $11 million, as reported by ABC News.

For additional context, the fire season in Montana alone in 2018 cost the state $95 million where fires burned approximately 96,000 acres. The Amazon rainforest is 1.7 billion acres.

Much has been said about the fires currently engulfing the Amazon rainforest. While the numbers vary, according to PBS, there have been 57,509 fires reported in the Amazon within Brazil since the start of 2019.

*World Weather* Day turns to night in Sao Paulo, Brazil due to thick smoke coming from fires in the Amazon region, hundreds of kilometers away. Report: @GlobalNews77 pic.twitter.com/2kYGHknEeU

Who shoulders the blame for the fires depends on who you ask.

Bolsonaro believes nongovernmental organizations have set the fires to make him look bad and as revenge in retaliation for his administration cutting funding to environmental agencies.

Others point out the fact that many of the fires are man-made and Bolsonaro is culpable due to his administration’s relaxed enforcement of environmental laws intended to hold loggers and cattle ranchers who set fires illegally accountable.

In a joint statement, Tom B.K. Goldtooth and Lindsey Allen, executive directors for the Indigenous Environmental Network and Rainforest Action Network respectively, said the Brazilian president’s past actions and words show what he’s really about.

“The catastrophic fires raging in Brazil right now are not only a global emergency, they are a testament to Bolsonaro’s racism, ignorance and greed.

His words and deeds have paved the way for these man-made fires,” the statement reads. “We know that protecting tropical rainforests, stopping fossil fuel emissions and upholding the rights of Indigenous peoples are some of the most important ways to address the global impacts of the growing climate crisis.”

While what has transpired so far seems unprecedented, unfortunately the light at the end of the tunnel has yet to shine through. The peak of Brazil’s dry season occurs in September, which may signal the worst is yet to come.

In a story from Survival International, an organization which advocates for the rights of tribal peoples and uncontacted tribes, a group of Indigenous leaders from the Huni Kuin people didn’t mince words when looking to the consequences the fires could have on the future.

“Nature is crying and we are crying,” said the Indigenous leaders. “If we don’t stop this destruction of Mother Nature, future generations will live in a completely different world to the one we live in today.”

Amazon Frontlines and Land is Life are teaming up to raise funds for the Indigenous Confederation of the Brazilian Amazon. Funds will go toward the “frontlines brigades now fighting these fires,” according to the fundraising website.

Kolby KickingWoman is a reporter/producer for Indian Country Today. He is Blackfeet/Gros Ventre from the great state of Montana and currently reports and lives in Washington, D.C. Follow him on Twitter - @KDKW_406. The Gambia is losing more forest cover in record speed 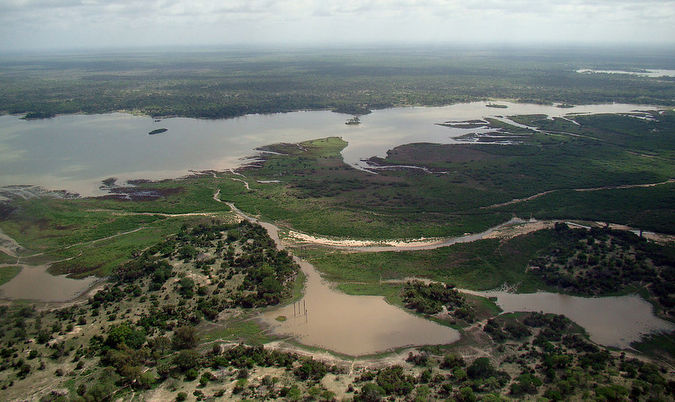