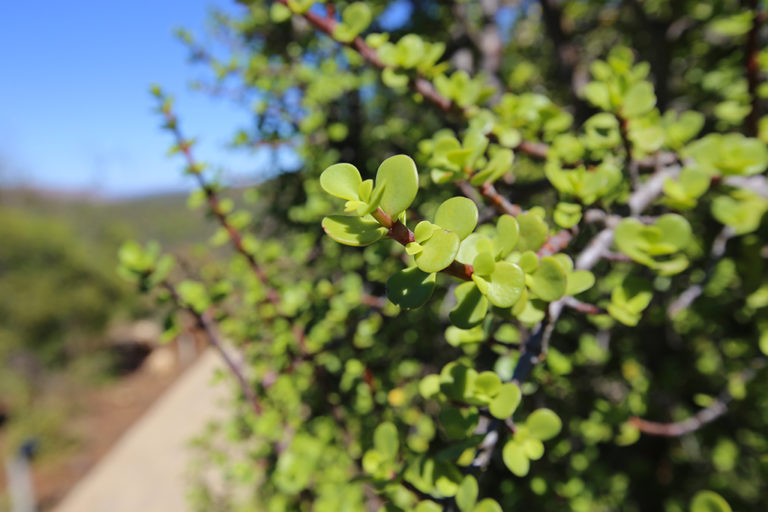 Besides being edible (and high in Vitamin C), the medium-sized shrub found predominantly in the Eastern Cape is resilient and an important ‘weapon’ in the fight against climate change.

This carbon sponge can sequester more than 4 tonnes of carbon dioxide per year per hectare planted, making it more effective than the Amazon rainforest at sucking carbon dioxide out of the atmosphere.

The unassuming-looking bush with its round, succulent leaves is especially good at photosynthesis (making plant food from sunlight), which produces a byproduct we desperately need: oxygen.

Kuzuko Lodge, a private game reserve in a concession next to Addo Elephant National Park, is able to sell carbon credits due to this miracle bush, which occurs naturally here and is also being planted as part of a landscape restoration project.

Parts of the reserve were previously owned by farmers and were overgrazed by livestock.

Governments in Europe and other parts of the world want to reduce industrial pollution, therefore businesses that produce high levels of greenhouse gas emissions, like transport companies, can buy carbon credits to offset their carbon footprint.

Here are some properties of this wondrous plant:

– Spekboom is very resilient and can survive frost, drought, and fire

– it’s one of the most effective plants at sequestering carbon dioxide from the atmosphere as it is able to use two of the three types of photosynthesis, while most other plants only use one.

According to the The Spekboom Foundation, ‘Spekboom has enormous carbon-storing capabilities. Its capacity to offset harmful carbon emissions is compared to that of moist, subtropical forests.

This remarkable plant is unique in that it stores solar energy to perform photosynthesis at night. This makes a spekboom thicket 10 times more effective per hectare at carbon fixing than any tropical rainforest.

Each hectare of the South African wonder plant spekboom could capture 4.2 tonnes of carbon yearly.’