Is Monsanto, the corporate scourge of the Earth, finally going to pay for its crimes? If the International Monsanto Tribunal has any say in the matter, the answer to that question appears to be an emphatic “Yes.”

The tribunal, based in Hague, Netherlands, describes itself as “an international civil society initiative to hold Monsanto accountable for human rights violations, for crimes against humanity, and for ecocide.”

Five internationally acclaimed judges heard the testimonies of 30 witnesses and experts from five continents, and their goal was to deliver their legal opinion on the deplorable actions, environmental and health damages perpetrated by Monsanto.

And after much deliberation, the tribunal has finally come to a conclusion: Monsanto is guilty on all three counts.

The judges who preside over the initiative have declared that the biotech behemoth’s activities do not just adversely affect the world’s access to food, but also negatively affect the human right to health — and that the company is also guilty of “perverting scientific freedom.”

As reported by ANH USA:

The tribunal stated that the company’s seed empire adversely affects the world’s access to food, and that by manufacturing and distributing substances such as PCBs (polychlorinated biphenyls) and glyphosate, Monsanto has infringed on our right to high standards of health.

As the tribunal explains, Monsanto has been profiting from their creation of destructive and harmful compounds since the early 20th century.

These toxic products, like PCBs, Agent Orange, Lasso and Roundup, have created untold damage to the environment and made thousands upon thousands of people sick.

Spreading poisonous chemicals around the globe

In addition to spreading poisonous chemicals around the globe, Monsanto also advocates and promotes deleterious and unsustainable farming practices that contribute to the following problems: Soil degradation, depletion of water resources, species extinction, reduced biodiversity and the displacement of small farms.

On top of all that, Monsanto’s business of seed patenting threatens food freedom and sovereignty.

You’d think that alone would be enough to bring the corporate giant to its knees, but as we all know, Monsanto’s controversies don’t end with their actions that have destroyed the environment and wreaked havoc on the food supply.

And as critics point out, the biotech company has spent enormous amounts of money to defend itself against lawsuits brought by their victims but legal action has not yet inspired the company to change their ways.

Their strategy to stay afloat seems to be one of concealment; in addition to lobbying, the company has also reportedly funded fraudulent studies on product safety and has coerced independent scientists and manipulated the media into standing behind their wrongdoings.

One way or another, it seems that Monsanto’s judgment day is coming. In addition to the tribunal, lawsuits against the corporation for their lies — particularly regarding the glyphosate-cancer connection — continue to pile up.

While the ruling from the International Monsanto Tribunal is not legally binding, there is hope that their verdict will inspire other governments and agencies to get on board.

The fact that an international body has found Monsanto guilty of crimes against humanity, violations of human rights and for ecocide is a tremendous step forward towards the goal of ending the corporation’s reign of terror.

Whether or not further action will be taken remains to be seen, but it seems that the global condemnation of Monsanto is well underway. 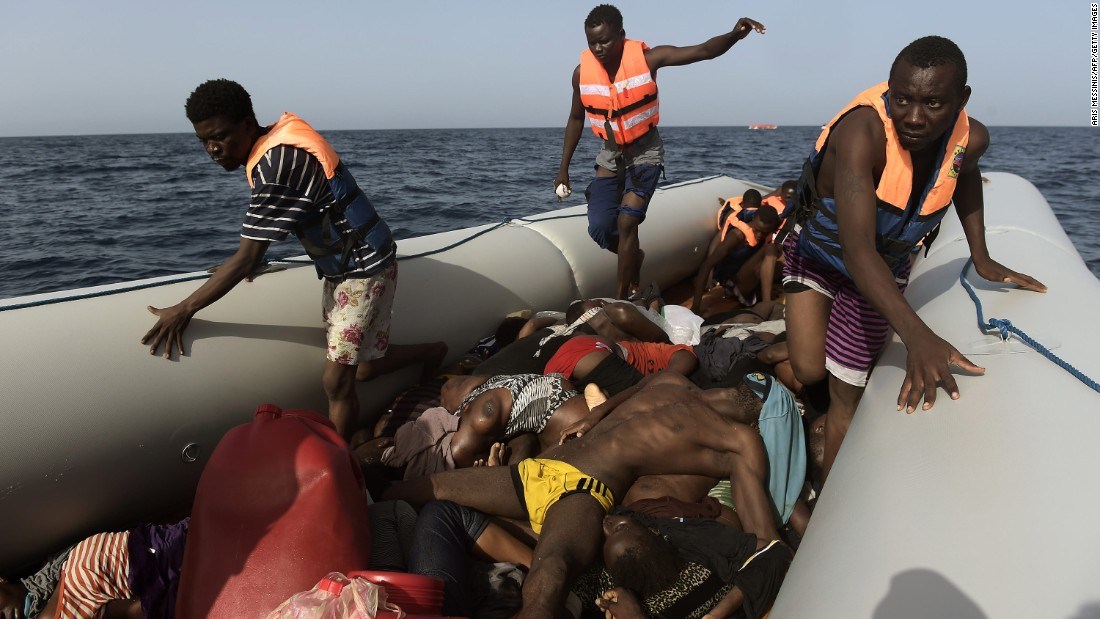 Can ‘voluntary colonialism’ stop migration from Africa to Europe?