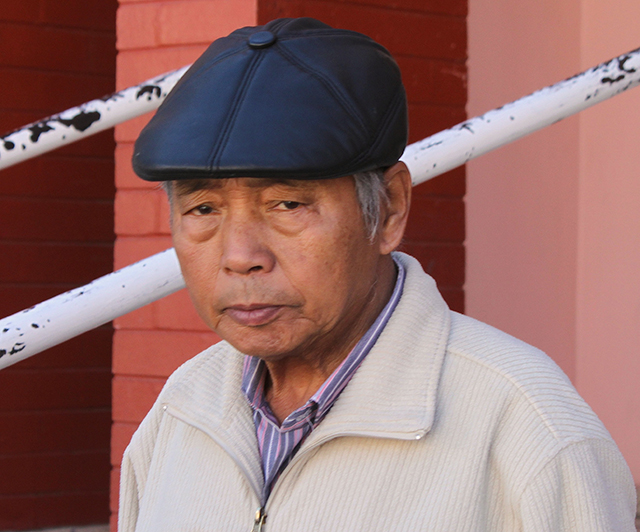 AN ELDERLY Chinese man who admitted that he had illegal wildlife products, including a rhinoceros horn, and a firearm in his possession at the start of last year was sentenced to pay fines totalling N$156 000 by the Windhoek Regional Court this week.

Ruan was arrested on 2 January last year, after the police found the animal products, gun and various pieces of ivory at his house in the Ludwigsdorf area of Windhoek. After spending two days in custody, he was released on bail in an amount of N$180 000.

In July last year, Ruan admitted in the Windhoek Magistrate’s Court that he had the items in his possession. He also explained that he had bought the items in the Ivory Coast, and brought them to Namibia.

With his case having been transferred to the Windhoek Regional Court, Ruan pleaded guilty in that court on Friday last week. The state did not continue to prosecute him over the pieces of carved ivory that were found at his house.

In a written plea explanation given to the court, Ruan stated that the rhino horn was a trophy that came from a white rhinoceros that had been legally hunted.

He also admitted that the cheetah and leopard skins were in his possession without the necessary permit that would have allowed him to have the skins.

The firearm that he possessed without a licence was a 6,35mm calibre pistol.

The court was informed that Ruan has been living in Namibia for more than 15 years, and that he has permanent residence status in the country. He previously ran a shop at the China Town shopping complex in Windhoek.

Magistrate Diergaardt sentenced Ruan to pay a fine of N$140 000, or serve a prison term of five years on the charge of possessing a rhino horn. On the charge involving the cheetah and leopard skins, Ruan was fined N$6 000, or to serve a two-year jail term.

The magistrate further sentenced him to pay a fine of N$10 000 or two years’ imprisonment over the possession of the pistol without a licence.

The magistrate also ordered that Ruan’s bail money be refunded to the depositor.