Chinese involvement in industrial trawling is depleting Ghana’s fish stocks and harming livelihoods, says a new report by the Environmental Justice Foundation (EJF). Many West African countries rely heavily on their seas for food and income. But as the fishing industry has grown and internationalised, foreign interests have muscled their way in.

China’s Hidden Fleet in West Africa, published on 11 October, examines the extent and impact of illegal, unregulated and unreported (IUU) fishing in Ghana’s waters. It recommends “urgent” reforms to improve transparency and accountability in the sector and says both governments must tackle the problem together.

The government banned foreign companies from trawling in Ghanaian waters in 2002 to retain more profits from fishing. However, the EJF reports that foreign interests, particularly from China, “are known to be extensive” within Ghana’s trawl fleet. This is harming Ghana’s fish stocks and local economies, and depriving communities of the fish they depend on.

The analysis of official data sources, company reports and on-the-ground interviews, shows that 90% of vessels licenced in the country in 2015 were built in China. It concludes that the majority of trawlers operating in Ghana’s waters are likely to have some Chinese involvement.

90 percent of licenced vessels in 2015 were from China

The report says the Chinese operate through Ghanaian “front” companies to import their vessels into the Ghanaian fleet register and obtain a licence to fish. Opaque corporate structures circumvent nationality criteria.

“With the balance of control invariably resting with the Chinese investor, such arrangements quite clearly contravene the spirit and purpose of the legislation, if not the letter of the law,” says the report.

Bolei Liu, oceans campaigner at Greenpeace East Asia, says that the “opaque fisheries co-ownership structure has been a serious problem to transparent oceans governance in West Africa, which makes it difficult, not just for civil society but also for fisheries officials, to identify illicit fishing operations at sea”. Chinese involvement is undercutting local people who fish mainly in wooden boats, meaning fish and profits from the industry are leaking out of Ghana to other countries. Meanwhile the lack of transparency in the fishing sector is exacerbating the damage to local fish stocks and biodiversity.

Ghana’s fish stocks are under severe pressure. Its pelagic fishery (sardinella, anchovy and mackerel) could collapse within three to seven years unless management improves. Annual landings have declined to around 20,000 tonnes even though fishing effort has increased. In the early 1990s they were over 80,000 tonnes. This is “putting livelihoods and food security at risk,” says the report.

Stephen Akester, director at fisheries management consultancy MacAlister Elliott and Partners and a consultant for the World Bank, says overfishing by industrial trawlers has reduced the biomass and trophic level of local marine ecosystems.

“Ghana now imports 60% of its fish supply, which it has to pay for in hard currency… rather than tackle the political problem of stopping revenue to politicians from fronting Chinese owners,” says Akester.

Landings of small pelagic stocks (sardinella, anchovy and mackerel) and effort in number of canoes targeting small pelagics from 1990 to 2016

As well as under-reporting the catch in Ghana’s waters, there is a “very real and urgent threat” from ‘saiko’ fishing, finds the report. This is where trawlers catch juvenile and small pelagic fish and transfer them at sea to special canoes.

Saiko fishing is illegal under Ghanaian law and can attract fines of up to US$2 million. It undermines local artisanal fishing practices and is unsustainable.

But the practice is lucrative and growing. The EJF points to research showing an estimated 100,000 metric tonnes of illegal and unreported saiko catches were made in 2017, worth US$34-65 million in their pre-processed state. That represents a real loss of state revenue from tax and fishing licence fees.

It is not the first time China’s distant water fishing practices have come under scrutiny since the industry exploded in the mid-1980s. However, China has been taking action recently to stop illicit activities by the country’s fleet, especially operators in West Africa.

This crackdown includes the publication of a blacklist and tougher regulations and penalties. Akester notes that the Chinese state supports its distant water fishing vessels with subsidised fuel and tax exemptions.

But although IUU is a lucrative international business, it is not solely a foreign problem. Ghana’s fish stocks are also declining because of overcapacity in the artisanal and industrial sectors, and weak domestic governance and enforcement of the law.

Solving the problem will require both governments to cooperate. Ghanaian and Chinese authorities must identify vessel ownership and ensure compliance with the law. China should investigate illegal fishing cases, particularly those involving saiko, and impose sanctions to deter offenders. If necessary, says the report, China should update its national law to make prosecutions easier.

The EJF recommends that China adopt minimum transparency requirements for distant water fishing activities, maintain a public list of all vessels licensed to fish under the Chinese flag, and mandate unique references for ships in the Chinese distant water fleet using the system adopted by the International Maritime Organisation (IMO). The IMO number of a ship does not change, even if the name or owner does.

EJF director Steve Trent says this is an opportunity for China to show leadership on the problem of illegal fishing. “The benefits would mainly be to China’s reputation internationally. But China may also wish to ensure that taxpayer money is not being used to subsidise illegal fishing. More broadly, enhancing transparency in fisheries reduces the burden on enforcement authorities and plays a central role in tackling illegal fishing, ensuring the true beneficiaries of illegal fishing can be held to account.”

Vanya Vulperhorst, policy advisor at Oceana Europe, which has been advocating for greater transparency in fishing for years, says “information on beneficial ownership is key to enhance financial transparency, fight against corruption and illegal fishing”.

Ghana must also take steps to solve the problem

“Coastal state governments and fishing state governments should work together to make publicly available inter-governmental fisheries cooperation frameworks that give clear guidance on how to protect common fisheries resources in the region,” says Liu of Greenpeace.

“In the meantime, West African states should join forces to harmonise their fisheries management regulations so that no loopholes are left in the region for unscrupulous fishing companies to exploit.”

EJF says the country’s fishing ministry must have a zero-tolerance stance on saiko and should finance its enforcement authorities properly. It wants Ghana to investigate cases of illegality, prosecute in a transparent way, and put in place deterrent sanctions.

It also wants Ghana to scrutinise the ownership arrangements of all industrial trawl vessels operating in its waters to ensure they comply with its laws and to publish the results. Ghana has started to tackle saiko fishing by putting human observers on board all industrial trawlers and enforcing a requirement for them to land their catches in authorised ports.

In its 2015-19 National Fisheries Management Plan the government said it would set up a closed fishing season, cancel the licences of repeat IUU offenders and cut the size of the licenced fleet to address overfishing.

But Ghana has since postponed the closed season. Akester says the World Bank believes this was due to Chinese lobbying. The bank has since ended its West Africa Regional Fisheries Project because it did not see any political commitment for change.

If the countries don’t sort the problem out themselves then pressure will likely come from international supply chains, especially those related to the EU market, and also through diplomacy as part of the EU-China ocean partnership. 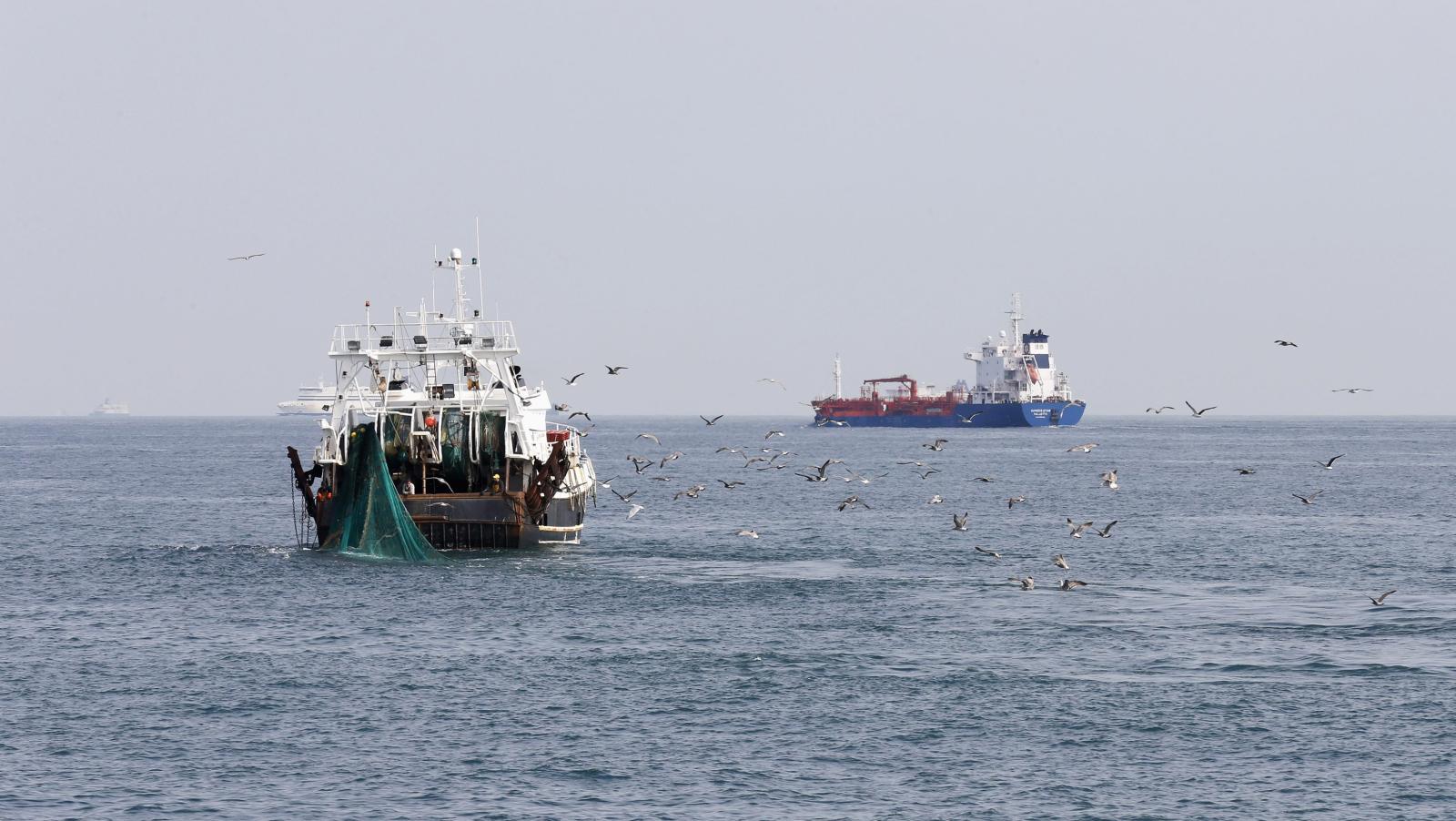 How China’s Taking Over Africa, And Why the World Should Be VERY Worried