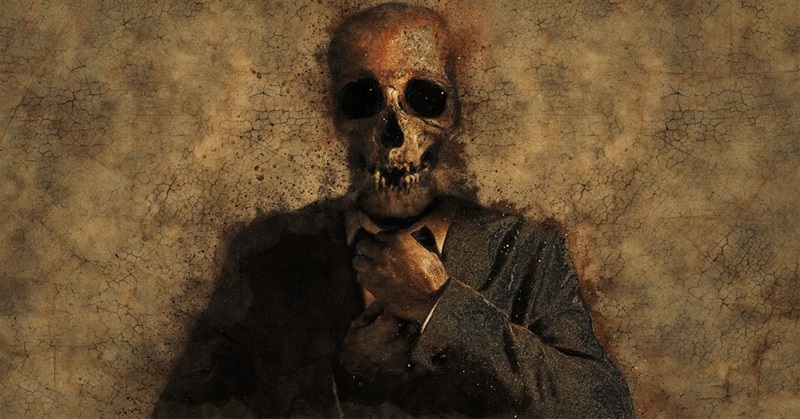 For a culture to avoid self-destruction as it progresses, writes Henry George in his classic 1883 work Social Problems, it must develop ‘a higher conscience, a keener sense of justice, a warmer brotherhood, a wider, loftier, truer public spirit’, while ensuring responsible and visionary leaders who embrace ‘the mental and moral universe’. By stark contrast, modern consumer culture barrels in the opposite direction, breeding an increasingly trivialized and disengaged strain of personhood, devoid of the ‘loftier’ qualities needed to sustain a viable society and healthy life supports.

While the ever-deepening mental-health crisis is common knowledge, less understood is the even more serious ‘personality crisis’ that has rendered the consuming public largely unfit for democracy and nigh useless in the face of the multiple emergencies that beg for responsible and conscientious citizenship.

In times of crisis, we turn reflexively to the ‘state of the economy’ without considering possible collapses within the general ‘state of the person’, or what psychologist Erich Fromm called a culture’s ‘social character’. By this he meant the shared constellation of personality and character traits disseminating from a society’s dominant modes of inculturation, all of which serve to forge common values, priorities, ethics, lifestyles and worldviews, and even the so-called ‘will of the people’.

Writing when he did over 50 years ago, Fromm already noticed the unfurling of a personality crisis, using the term ‘marketing personality’ to describe the one-dimensional, commodified and de-sensitized ‘eternal suckling’ that was, as he forewarned in the famous conclusion of Beyond the Chains of Illusion (1962), succumbing to a culturally manufactured ‘consensus of stupidity’ that could prove our ultimate undoing.

Since then, the ‘social character’ has become so stunted, and the decline of true citizenship so complete, that some now speak of the ‘apocalyptic personality’ propelling our rush toward self-destruction. But the problem now goes far beyond an agreed-upon ‘stupidity’.

Immaturity has joined forces, as a cultural consensus, with a growing number of social thinkers warning of the dramatic rise of ‘psychological neoteny’, otherwise known as ‘cultural infantilization’. Bruce G Charlton’s influential 2006 Medical Hypothesis article ‘The rise of the boy-genius’ detailed the cultural evolution of a personality profile marked by delayed cognitive maturation, emotional and spiritual shallowness, and diminished ‘profundity of character’ that manifests itself in a ‘child-like flexibility of attitudes, behaviours and knowledge’.

While these ‘unfinished personalities’ may have increased adaptability in a mercurial culture of inconstant loyalties, abbreviated attention spans and compulsive novelty-seeking, they also expose society to the rawness and limitations of youth that hamper higher-order judgment and decision-making abilities, and culminate in a ‘culture of irresponsibility’.

In his 2017 book The Public in Peril, Henry A Giroux writes about the cultural infantilism of daily life, which encourages adults to assume the role of unthinking children while simultaneously crippling the imagination of the young and destroying their traditional role as ‘the repository of society’s dreams’.

Through the engineering of an infantilized society, he observes: ‘Thoughtlessness has become something that now occupies a privileged, if not celebrated, place in the political landscape and the mainstream cultural apparatuses.’ The result is a social system overly invested in ‘ethical ignorance’ and a public sphere dumbed to the value of ‘an enlightened and democratic body politic’.

In a similar vein, sociologist Christopher Swader’s book The Capitalist Personality (2013) documents the prevailing of a rudimental cultural personality featuring exploitive egoism, selfish ambition and profit-mindedness that became the psycho-social mainspring of consumer capitalism. Although bedevilled with deadly long-term consequences, the ‘capitalist personality’ was a predictable outcome of a system functionally dependent on low levels of ethical conviction, personal growth and spiritual wakefulness.

Guilt has lost its power

Of the many ways that we invite self-destruction, the climate crisis cries loudest for responsible citizenship and leadership. It is by far the greatest moral, ethical and psycho-social challenge encountered by our species. But the cultural conditions that foster collective responsibility, other-mindedness and conscience development have eroded. Guilt has lost much of its former powers of persuasion and deterrence.

Researchers, such as those at Essex University’s Centre for the Study of Integrity, have chronicled a deepening crisis in which people are increasingly willing to condone behaviour, both in themselves and others, as well as their leaders and institutions, that once would have been deemed dishonest, immoral, unjust and anti-social. The sociopathic personality has become integral to the workings of modern consumer capitalism. But as sociologist Charles Derber, the author of Sociopathic Society (2013), also notes: ‘Climate change is a symptom of the sociopathic character of our capitalist model.’

Empathy is the cornerstone of civilization and the faculty of human intelligence upon which all well-functioning societies depend. But evidence shows it to be fading from the global ‘social character’. Using data from 127 countries and over 100,000 assessments, the State of the Heart Report (2016) showed empathy to be one of the fastest-declining components of overall ‘emotional intelligence’ (EQ).

According to sociologist Zygmunt Bauman, the psycho-social workings of consumer capitalism make such moral dissociations inevitable. In Moral Blindness (2013), he uses the ancient Stoic word adiaphora (meaning ‘indifferents’) to describe the consensus of indifference that enables consumer capitalism to fulfil its operative promise of ever-growing ‘creative destruction’. As a result, he writes, ‘we are at risk of losing our sensitivity to the plight of others,’ something which applies equally to our socially sanctioned indifference toward future generations and the wellbeing of the planet.

The ruination of nature is an implicit assumption of the current capitalist system. While the terms ‘apocalypse fatigue’ and ‘doomsday fatigue’ have joined similar ones like ‘climate fatigue’, ‘environment fatigue’ and ‘green fatigue’, all these imply, not only a mature and dutiful citizenry, but one exhausted from fending off ecological catastrophe, which is of course ridiculous.

In fact, around 10 years ago, an especially large drop in climate concern coincided with a deluge of high quality climate change research alerting people to the need for urgent action. In the most comprehensive study of its kind, titled ‘Declining public concern about climate change’ (Global Environmental Change, May 2012), political scientists Lyle Scruggs and Salil Benegal analysed data over the last 30 years and demonstrated that climate concern is on a downward slope, with recent years showing the most precipitous decline.

The seemingly suicidal ditching of climate concern was blamed initially on economic woes, but environmental researchers gradually discovered that education, rather than being the master key to responsible and ethical behaviour as one may think, can actually make things worse. Called the ‘cultural backfire effect’, it refers to the way in which people retaliate against facts disconfirming their cultural beliefs by actually strengthening those beliefs, even when they are blatantly erroneous.

Researchers at Yale University’s Cultural Cognition Project studied this effect in relation to the climate change beliefs of different political parties in the US. For Republicans, most of whom do not believe in climate change, as their factual knowledge of climate change increased, they actually became less likely to believe in it. For Democrats, as their factual knowledge increased, they were more likely to believe, even when they knew less than Republicans. Such findings demonstrate that our beliefs are much less a product of what we know, or what is right or wrong, than who we are by virtue of our cultural identities.

Yet the reason that people in general, regardless of sub-groupings, are so feckless and impassive, and their actions so antithetical to what they must be at this pivotal crossroads in our existence, is that everyone has been assimilated into an overarching cultural system whose lifeblood is the mercenary indifference and irresponsibility of its followers.

Consumer culture has endowed its ‘unfinished personalities’ with minimal aptitude or motivation for constructive disobedience. While the young are the historical igniters of social change, today’s de-idealized youth are the most conventional and conformist generation in history – with most being huddled around the same dead zone of market-driven values, commercialized meanings, and digital distractions.

Aligned to the forces of destruction

It was once assumed that, if the democratic process could be perfected, the ‘will of the people’ would blossom forth in the service of the greater good. But democracy is proving worthless, and even counterproductive, as a solution to the ecological crisis and other side-effects of our obsolete cultural system. Once a critical mass of the population becomes fully aligned to the forces of destruction, as it has today, democracy becomes more of a liability than a solution. At that point, a society finds itself in a psycho-spiritual plight as great as any of its political, economic or technological ones.

Experiments in eco-religion, or green religion, reasoned that the type and degree of change required today can only be achieved through spiritual growth and enlightenment. But these failed, with none able to compete with a rapidly de-moralizing society, as well as the honeyed ‘prosperity theology’ and ‘consumer theology’ movements peddling less sin, soul and sacrifice, and more getting than giving.

Only the odd diehard biophile or flower child still preaches love as the revolutionary force that could awaken a higher humanity and reverse our death march. People have become less loveable, both in terms of their loveableness and, more crucially, their ability to love. In ‘Toward a culture of responsibility,’ Yasuhiko Genku Kimura singles out the current consensus, saying: ‘The pandemic of irresponsibility bespeaks a pandemic of lovelessness in the world.’

More to the point, Noam Chomsky states: ‘If you care about other people, that’s now a very dangerous idea.’ To care about anything above, or outside of, oneself has become culturally dangerous, and most dangerous of all to the entire enterprise of ‘apocalyptic capitalism’ would be a populace attuned to the sacredness and supremacy of nature, as tended to be the case throughout most of human history.

The Great Law of the Iroquois required that all major decisions be taken with consideration of people and the land seven generations into the future. Chief Luther Standing Bear, the renowned author and philosopher head of the Oglala Lakota Iroquois, who felt morally bound to remain a ‘chronic disturber’ despite his acclaim, observed: ‘A man’s heart away from nature becomes hard’. Our alienation from nature undoubtedly contributes to our relentless abuses of it, as well as our perversion of priorities and total loss of cosmic grounding.

Who we are has never been more incompatible with who we need to be. What we have become is the greatest threat to ourselves and the planet. We have been perfectly groomed, psychologically and spiritually, for disaster. We have become hard. We are the people of the apocalypse. 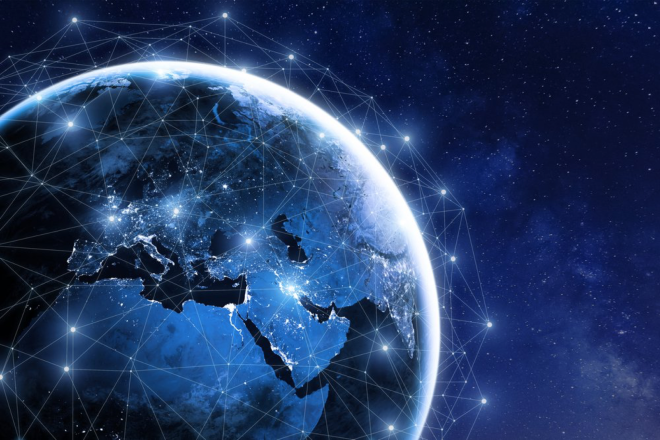 20.000 Satellites For 5G To Be Launched Sending Beams Of Intense Microwave Radiation Over The Entire Earth