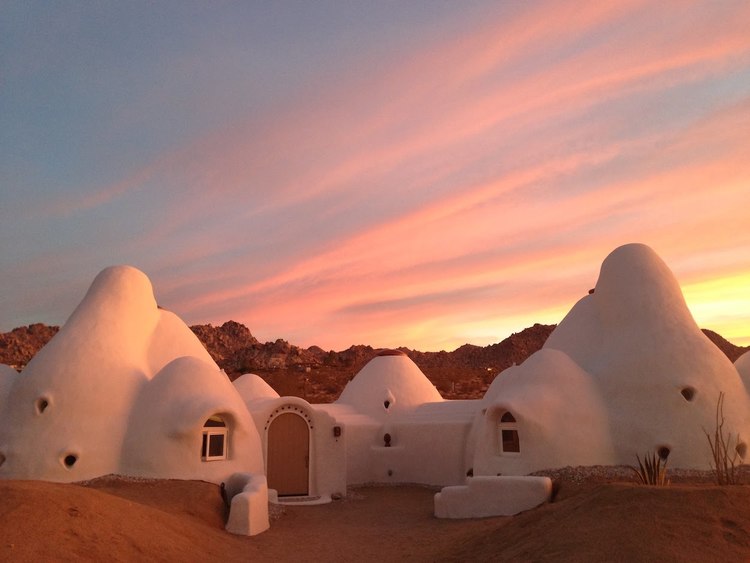 Every person on this planet can build a home without having to spend large amounts of money. Every one can build a house that can withstand natural disasters such as earthquakes, fires, tornadoes, hurricanes, heatwaves or even floods.

It might sound too good to be true, but in reality they are actually cheap and easy to build. For under 5000 dollar it should be possible to complete your new house.

Our Environment is changing

Due to earthâ€™s rising temperatures, natural disasters will be more frequent and violent in the future. The poorest people on this earth will be the worst victims in all of this.

Our environment is changing so should we change the way we built our houses. But how can we built a house that is easy to build yourself, cheap and climate change proof at the same time? Earthbag or Super Adobe building is the solution!

Super adobes are the future

Super Adobes or also named Eco-Domes are the most prominent solution to providing the poorest people in this world a permanent and strong accommodation.

These domes can replace existing tent camps for refugees, slums houses or houses in areas plagued by natural disasters. Introducing this new way of buidling can make a huge difference in improving the quality of life.

Nader Khalili, an architect from Iran, developed a method that is based on a an ancient way of building. He was asked to develop a building method that NASA could use on Mars.

Khalili founded his organization Cal-Earth in California to spread the knowledge about Adobe domes among other people. Unfortunately he died in 2008.

To make it more easy to handle, the earth is put in bags. This creates building blocks for the new building.

Nader Khalili called his houses adobe domes because they were designed in the shape of a dome. Like eskimoâ€™s did for instance. The benefit of this design that the building is strong and can not collapse. The shape is aerodynamic, which means the wind wonâ€™t get a grip on the building.

The walls can be made up to a meter thick. This makes sure the inside of the building will be very cool, even when itâ€™s boiling hot outside. When there are raging wild fires outside, the house is a safe place to hide.

Itâ€™s wonâ€™t catch fire and stay cool inside. A tornado or hurricane wonâ€™t damage the building because of itâ€™s shape and the heavy material it is made of.

Easy to build yourself

You donâ€™t need to be a very skilled builder to build yourself an Super Adobe. The building technique is very basic. First you will have to make a foundation for your building. After that you draw the inner- and outer lines of your circle you can basically begin building.

Itâ€™s an option to put the soil in old rice bags but they might not be strong enough. It really depends on the type of bag that you use. Sandbags are always good. They appear in different sizes and if you are making a large dome, the large sandbags are much better.

There are also Super Adobe Bags (tubes) available online in different sizes. They are like sandbags, but in the shape of a tube. They are a little more expensive then average bags but really worth the effort.

An iglo of sandbags

What we do is in fact nothing more then layering sand bags on top of each other. After every new row of sandbags, there is barbed wire placed on top of the layer. This makes sure the bags wonâ€™t move from their place and are fixed.

They layering of sandbags/tubes will be done in a way so they form the shape of a dome. In the image above you can see pipes sticking in the walls. They are ment to keep fresh air circulating.

After this, the base of the structure is finished. Now the doors and windows will need to be placed. In the same you can start with the plastering of your house.

Now, the building is not looking that beautiful, so we will need to plaster to cover the earth bags. The plaster material can be a mix of sand, cement, limestone and even straw.

After plastering your house you are pretty much there and it should be ready to live in. Make sure that, if you want to build a bathroom and kitchen, you have designed where your pipelines should be. This same thing goes for electricity and the sockets in your new home.

This was a very brief explanation of how to build an Adobe Dome. There are however, a few books on the market where you can find all details about Earth bag building. These books below are the best ones available and an absolute must-have if you are going to start with your own adobe dome.

Online there are a lot free maps to be found that can inspire you with your ideas. It is worth the effort to check these websites out.