Africa’s tropical forests, which include the Congo Basin, are under constant threat. Deutsche Welle speaks to Proforest’s Abraham Baffoe on what stands to be lost and what needs to be done to tackle deforestation.

Africa’s tropical forests include the Guinean Forests of West Africa and the Congo Basin, a sprawling rainforest often referred to as the world’s second set of lungs. The continent’s forests store 171 gigatons of carbon, are home to many plants and animals that exist nowhere else in the world and support an estimated 100 million people.

Abraham Baffoe, Africa regional director at Proforest, speaks to Deutsche Welle about the threats facing these forests and the urgent work that needs to be done to tackle deforestation.

A logger in Africa

What is the state of deforestation in Africa today?

Abraham Baffoe: Africa houses about the second largest forest block in the world but unfortunately this forest is going, and it is going very fast. Currently in some African countries they are losing forest at a rate of about 2-3 percent per year, in some countries much faster. At this rate, if nothing is done, we may lose everything.

In the last 100 years, West Africa has lost about 90 percent of forest coverage. In many African countries the only forests left are reserved for permanent forestry, which means they are protected.

Now in places like Ghana and the Ivory Coast we don’t have any forest left outside the reserves and now even the reserves are being encroached upon and being degraded by excessive logging and exploitation. In the Congo Basin, where there are still forests outside the reserves, these areas are going very fast because of agriculture, commodity development and farming activity by small-holder farmers.

What are the wider impacts of deforestation on the continent?

Well frankly speaking, the impact of deforestation, from my point of view, goes beyond what we as human beings can imagine. There are several things we don’t know and so we can’t fully understand what the impact of losing our forest will be.

What we do know is the impact it will have on biodiversity. If you look at the West African Forest, it is one of the most diverse ecosystems in the world. There are several animals and plants that only exist in these forests. They can’t survive without their habitat, so when you lose the forest, they will also disappear.

Then there is the impact in accelerating climate change — that is something we now all know — as well as the huge economic impact. What is also critical is the impact it has on people who depend on the forest socially and economically.

For example, there are indigenous people who live in the Congo Basin, and the forest is their source of livelihood. We are destroying the habitat of these people — and that means we are driving them out of this world, which we don’t have the right to do. 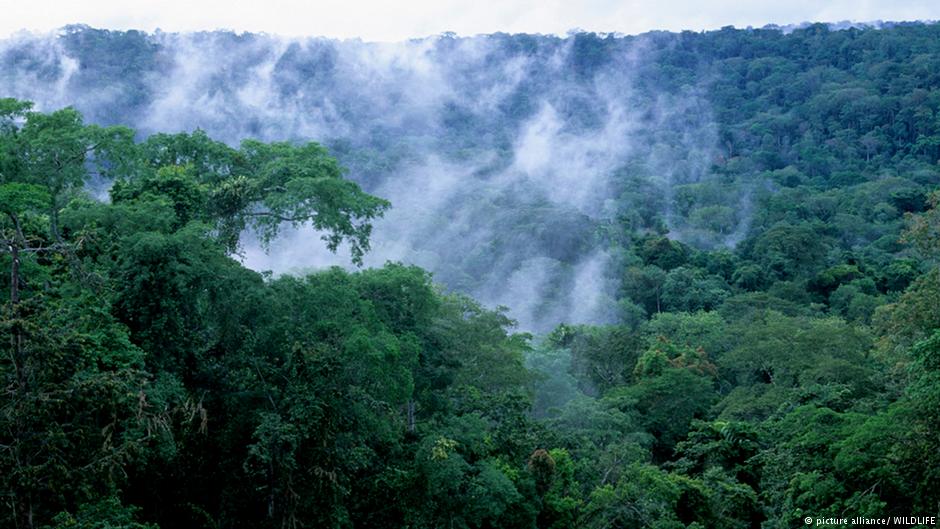 How much collaboration is happening between decision makers at the policy level?

I think collaborating and working together is essential if you really want to address deforestation. Tackling the underlying causes of deforestation is not something that government alone can address. It is also not something the private sector alone can address. It requires collaborative efforts of the private sector, the government and even the communities who live in the forest.

It is also important that we don’t just think about conservation and protection. We also have to make sure we develop livelihood options and economic opportunities for the local communities. We need to get their support, and we can’t do that if they don’t know how they will survive — how they will get up in the morning and provide food for their children and family.

How significant was the 2016 African Palm Oil Initiative?

That was where the collaboration all started. It was a significant moment when the key stakeholders in African countries came together and realized that things such as palm oil used for commodities were the major drivers of deforestation.

In Latin America the focus is more on soy and cattle, but we recognized that our focus in Africa needs to be on palm oil. The heart of the initiative is the recognition that government and the private sector needed to work together to create principles on how land should be allocated and used.

The initiative is not about saying all palm oil is bad but instead pushing for it to be sourced responsibly and sustainably, and about making sure that the wealth is shared between private companies and the local community. The fact that we had the major countries agree on this is an important mark of progress.

What this means on the ground, is that for instance in Liberia we saw a community saying if farmers come onto our land, we don’t want to just be oil palm plantation workers, we also want to be owners of our palm.

And for me that is a phenomenal statement. The Liberian government have integrated the principles of the initiative and stated that no company will be given land without a requirement for the company to create small-holder farms for the community.

As an expert working on this issue, do you feel hopeful about the future of tackling deforestation in Africa?

If we were to maintain the status quo then I’m going to be very disappointed and feel that there is no hope for the forests of Africa. However, if we keep moving toward more collaboration between the government and private sector, agreeing what needs to be done, then I am very positive and hopeful.

But I can’t say I am 100 percent certain about the future — because it is one thing to agree on these principles, like those in the African Palm Oil Initiative, and it is another to translate them into action on the ground.

The agreement only happened two years ago so we haven’t yet seen what it can do. But I’m hopeful that if we go on as we have started then in three or four years there will be concrete impact that can be demonstrated.