Zambia has legalized the production and exportation of Cannabis in a bid to boost its economy. The government has said that the production of the substance will be for medicinal purposes only.

Zambia is currently in a weak economic state and battling with crippling debts. Still, experts believe that the legalization and exportation of Cannabis will help the country generate some needed funds to boost its economy significantly.

Speaking on the development, the Zambian Minister of Information and Broadcasting Services, Dora Siliya, who also doubles as the government’s chief spokesperson revealed that the approval for the export of Cannabis was granted at a special cabinet meeting earlier this month.

Zambia now joins a host of countries around the world who has legalized Cannabis, especially for its medical benefits. These countries include Canada, Georgia, South Africa, Uruguay, Argentina, Australia, Italy, and Jamaica amongst others.

The legalization of Cannabis in the Southern African country is coming in at a time when the country is heading towards a debt crisis with over $10 billion in external debt. Zambia’s increased borrowing to finance large capital expenditure led to this sharp increase in foreign debt.

With reports from the 2019 joint World Bank and IMF Debt Sustainability Analysis, the country’s risk of overall and external debt distress remains very high with public debt under the current policies on an unsustainable path.

However, Peter Sinkamba, Zambian opposition Green Party President who has been advocating for the exportation of Cannabis since 2013, said this action could earn the country up to $36 billion annually.

Sinkamba disclosed that the government had directed the Ministry of Health to coordinate and issue the necessary licenses while a technical team consisting of different ministers will draw up a series of guidelines binding the production and exportation of Cannabis.

While African cannabis industries have great potential, Cannabis remains illegal throughout Africa except in Lesotho. If executed adequately in Zambia, the outcome of the cannabis exportation is set to refurbish critical areas in the economy and gradually uplift the country from external debts.

Experts believe that the revenue generated from Cannabis can revive the ailing Zambian economy. 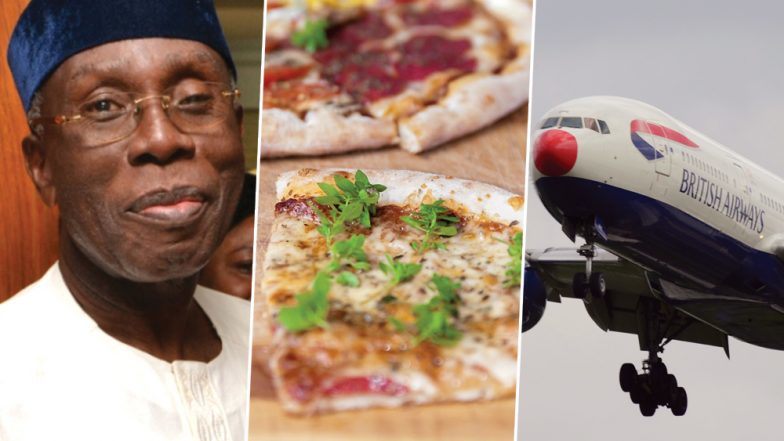 Superrich Nigerians are ordering pizza from London and having it delivered by British Airways, government minister says